See the world through a different lens as you connect with native peoples. 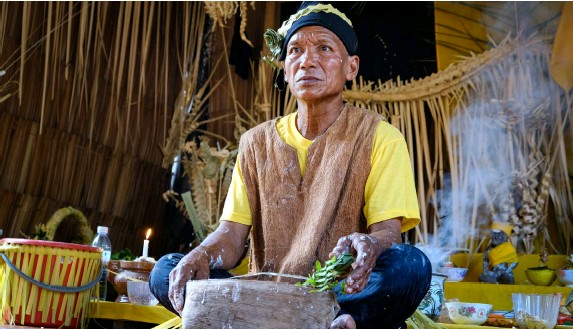 Isat in spellbound reverence, fixed to my rickety wooden chair in a Peruvian Amazon rain forest village. A local shaman welcomed our small group from the riverboat Zephyr to teach us about medicinal plants from the jungle. Then, blowing tobacco smoke from his cupped hands, he framed my body with a smoke shield as he blew it around my face and over my shoulders, all the while chanting his blessing from the forest. Whether receiving a shamanic ceremonial prayer while learning about jungle ethnobotany, paddling a traditional outrigger canoe as you sing Hawai‘ian chants, or exploring Aboriginal art based upon ancient Australian stories, these are all encompassed in indigenous travel. Sometimes referred to as ethnic or tribal tourism, it proves one of the fastest-growing sectors of tourism today, with travelers seeking to see the world through the eyes of indigenous peoples. It allows them to experience the human aspect through a different lens, that of native peoples who populated the land many years before Western exploration. It’s largely about forgotten cultures, customs, languages and people whose story has not been told in mainstream history books. Indigenous peoples worldwide make up about 6 percent of the global population, according to World Bank. That’s about 476 million people. However, they represent almost 19 percent of the extreme poor, arguably some of the world’s most impoverished peoples. Some of them include the Yagua and Bora of the Peruvian Amazon, Embera of Panamá, Aborigines of Australia, First Nations of Canada and Native Americans of the United States. Indigenous travel matters because it offers a way for many forgotten peoples to generate income and share and preserve their culture while fostering greater awareness of indigenous peoples. Whether understanding their history and traditions through tours; education about native foods; or experiencing some of their arts, music and dance, the collective sharing explores their ancestral ties to the lands and natural resources where they live or used to live. It’s also about authenticity, education, sustainable development and respecting sacred spaces. Alana Mcgrattan, a world traveler, former teacher-librarian at Indian School in Santa Fe and a board representative for Sisters Cities in Albuquerque, New Mexico, sees it this way: “When one chooses travel experiences guided through an indigenous lens, the interactions richly provide opportunities for sharing their indigenous gifts and profound connection with the land. Everyone benefits.”